This year, King Abdullah University of Science and Technology is welcoming 31 KGSP alumni—the largest matriculating group in the Program's history—to begin their graduate studies. Each of these individuals recently completed his or her bachelor’s degree at prestigious U.S. institutions such as the University of California, Berkeley, Purdue University, the Massachusetts Institute of Technology, University of Texas at Austin, and the University of Washington.  These students will enter into nine of the University’s eleven academic programs to begin their Masters or PhD studies. 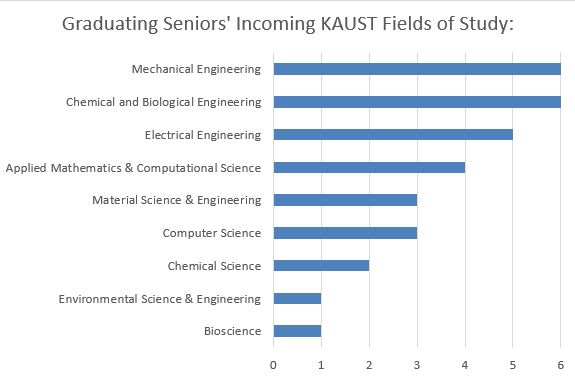 Over the course of their undergraduate careers with KGSP, students engaged in rigorous coursework, research and/or industrial internships, and multiple pre-professional developmental opportunities. We congratulate the entire class of 2017 for their outstanding accomplishments, and wish them the utmost success as they move forward with their academic studies and promising careers. 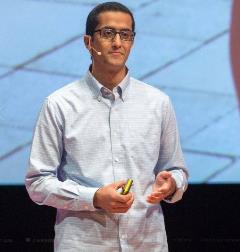 Nawaf Mohammed Alghamdi began his journey with KGSP as an Advanced English Language student at the University of Delaware in 2010. After a Foundation Year at the University of Pennsylvania, Nawaf matriculated to the University of Wisconsin-Madison, earning a Bachelor’s degree in Chemical Engineering this past December. As an undergraduate, Nawaf interned at Dow Chemical Company and at KAUST’s Water Desalination and Reuse Center. Nawaf joined KAUST as an MS-to-PhD student in Chemical Engineering this past January, and has already become an active member of the KGSP alumni network on campus, including as an event organizer at this summer’s Pre-Departure Orientation for new students. 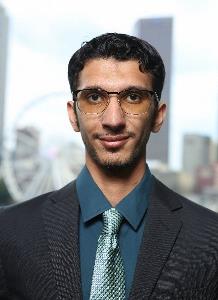 Yasser Abdullah Albarakat graduated summa cum laude with a Bachelor’s in Engineering Physics and Applied Mathematics from the University of Colorado, Boulder. Yasser recently defended his undergraduate dissertation, “Two-Photon Polymerization of Soft Matter Composites,” which summarized the results of 1.5 years of research with the Soft Matter Physics Smalyukh Research Group. This research group studies branches of soft condensed matter and optical physics, under the direction of Principal Investigator Dr. Ivan I. Smalyukh, Professor of Physics at the University of Colorado-Boulder. Yasser started with KGSP as a Foundation Year student at the Georgia Institute of Technology in 2012, and now five years later has begun his Master’s degree in Electrical Engineering at KAUST. 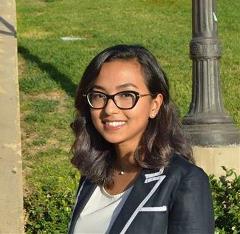 Yara AbdulrahmanAlshwairikh began her KGSP journey at the University of California, Berkeley Foundation Year program in 2012, the preparation of which led her to succeed in her Biology undergraduate major at the University of California, Los Angeles (UCLA).  At UCLA Yara was active in the Fong Marine Biology Lab conducting research on foundation species in marine systems. This lab studies marine habitats under the direction of Principal Investigator Dr. Peggy Fong, a professor in the Department of Ecology and Evolutionary Biology at UCLA. Outside of the classroom, Yara enjoys working with animals and welcomed the opportunity to volunteer at local animal sanctuaries this past year. Yara is excited to begin her Master’s degree in Bioscience at KAUST this Fall. 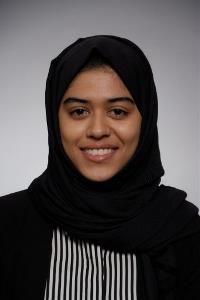 Ghofran Shaker completed her undergraduate degree from the University of Pittsburgh in spring 2017 with a major in Applied Mathematics. Ghofran served as a member of the Society of Women Engineers at Pittsburgh, and participated in the Summer Undergraduate Applied Mathematics Institute (SUAMI) at Carnegie Mellon University, where she used applied mathematics to tackle problems related to bike-sharing using hyper-heuristics. Ghofran interned with FalconViz, a startup founded at KAUST, as well as with KAUST professor Matteo Parsani, where she conducted research on three-dimensional detonation simulations with the characteristic CESE scheme.  Ghofran will begin her Master’s degree in Applied Mathematics & Computational Science at KAUST this fall.