Houston, we have a problem!  The science behind this famous phrase, received by NASA’s Mission Control from the ill-fated Apollo 13 shuttle on its way to the moon, was recently brought vividly to life for a group of KGSP recipients. Seventeen Foundation Year students from the University of Texas at Austin took a well-deserved break from their studies to visit NASA’s Johnson Space Center in Houston and tour the Mission Briefing Center, which monitors current space missions as well as the International Space Station.  Offering encouragement towards their current hard work, students learned that the Center is home to astronaut education, where men and women selected for space exploration train for future missions.

Jehan Alsulaiman (Electrical Engineering) gave 2-thumbs up for the NASA visit and tour of the Skylab Trainer, a place for astronaut education! 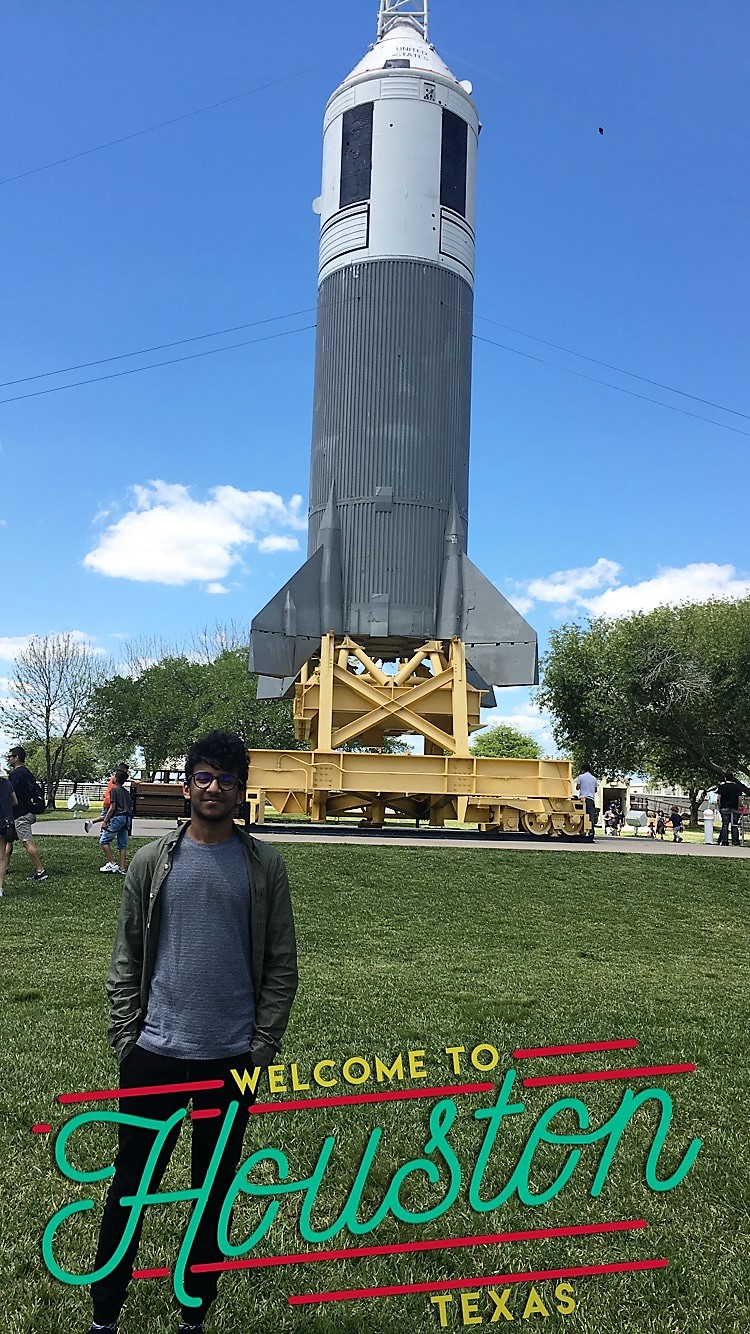